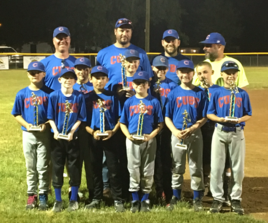 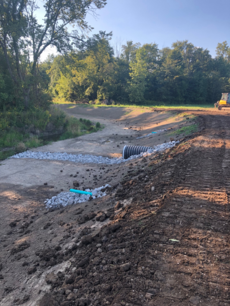 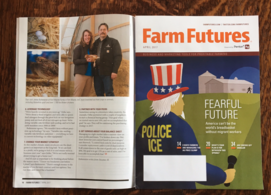 Honored that our Lincoln Longwool ram “ Rainier” was named champion natural colored long wool ram today at the Great Darke County Fair! Wyatt showed our Lincoln ewe “Isle” who was chosen reserve champion natural colored long wool ewe! For you sheep folks, these two come from the Millikan family flock in Noblesville We had a great day and really enjoyed all that this fair had to offer! 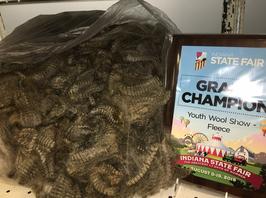 The farm was showcased in an article by the USDA about partnerships between producers and NRSC staff. The Rohrbach farm where WTF started has a long list of conservation challenges. With the help of the NRCS, we are crossing these challenges off the list one at a time.  https://www.nrcs.usda.gov

Often the focus of conservation is on in environmental impacts of the activities, we find that intensive nutrient management also helps the farm's bottom line.  Brownfield Ag News

The program encourages Indiana 4-H exhibitors and families to purchase purebred seedstock from Indiana breeders. This not only stimulates the Indiana purebred seedstock economy but also helps build relationships with existing Indiana producers. By showing these animals at the Indiana State Fair, we can grow awareness of this industry.

Love our Oregon bred Romney ewes that we got last year! Those girls have some awesome wool!! Grand Champion Youth Natural Colored wool division, Indiana State Fair!! There were 150 entries in the youth and open divisions. 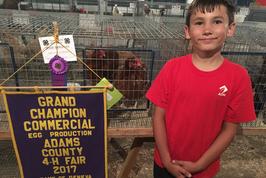 ​Thanks to Andrew Pursifull from NRCS, Kelly Barkell and Brian Musser from NRCS, Jeff Anderson of Anderson Excavating, Brendon Travis of Travis Industries, and Comcast Utilities for the help to get to this point in the Water Way project. Just a few finishing touches before the final seeding takes place.

The whirlwind known as Wayne Trace Farms continues! We had the opportunity to share aspects of our success to date with the readers of Farm Futures Magazine, as part of a panel of farmers from across the county, about how to manage and grow during the current financial downturn in agriculture. A magazine article is another item to check off our bucket list as the farm grows! 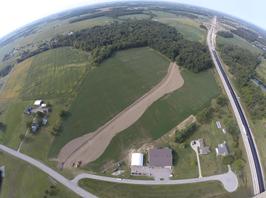 We are excited to announce the arrival of our first bred lamb. Sue arrived rather unexpectantly. She was discovered dry and healthy while doing morning chores, born at a large 18.4 pounds!. We were not expecting her for another few days. She is a cross between a Suffolk and ewe and a Lincoln Ram, breed with the focus on high quality wool 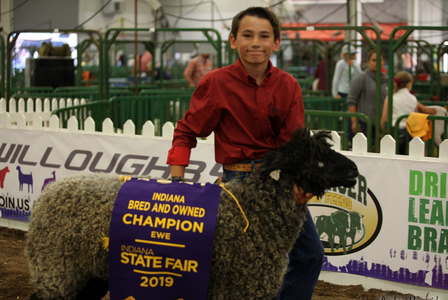 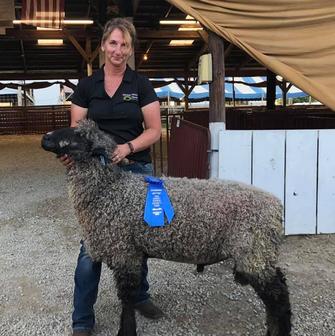 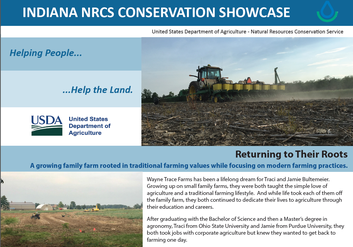 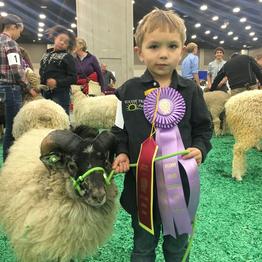 We have 11 ewes expecting this winter. The first lambs, a set of twins arrived Sunday morning.

After over 4 years of work the County Maintained ditch repair is nearly complete. Failed county management over 10 years ago left the ditch banks unstable and failing. It took four years of work with local, county, state, and federal agencies to complete the required permitting to complete this project. Many thanks to our USDA-NRCS staff for partnering with us as a farmer on this project.